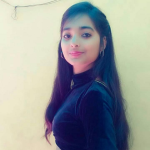 World population day, which focuses attention on the urgency and importance of population issues and reproductive health awareness was established by the governing council of the United Nations Development program in 1989, an outgrowth of the interest generated by the day of the five billion, which was observed on 11 July 1987.

Too much of anything is not good for health and the same thing is applied to our planet Earth where the population is increased day by day. A population is defined as where several organisms of the same species living together in a particular area with a capacity to interbreed.

As per reports, an estimated 7.8 billion people were living on earth as of March 2020, and with the ongoing COVID-19 pandemic, the number is expected to rise due to unplanned pregnancies. Population size fluctuates at different rates in different regions and Aisa is the most populated continent with China and India together constituting about 36 percent of the world’s population With such a huge population, problems are bound to rise.

The theme of this year on world population day is based on safeguarding the health and rights of women and girls around the world especially during the times of the COVID-19 pandemic.

A recent UNFPA research highlighted that if lockdown raised for 6 months and there is a disruption to health services, then 47 million women in low and middle-income countries might not have access to modern contraceptives. Apart from that, it could see a rise in gender-based violence, female genital mutilation, and child marriages.

Our population and our use of the finite resources of planet Earth are growing exponentially along with our technical ability to change the environment for good or ill.

Our object must be to bring our territory into harmony with the numbers of our population.

World population day aims is to increase peoples’ awareness on various population issues such as:-

Stay tuned with us.